Our first stop was the Henderson Mill and the Old Henderson Cook House that was once known to be many other useful places including a library, a school and many more. After the Henderson Mill, we made our way to Delta Farm which was once owned by Thomas Henderson. This is the place where he would grow fresh crops ready to be eaten such as apples, plums and others.

The best time of the day was when we finally had lunch where we all stopped for a quick snack at one of Henderson's best parks - Tui Glen. Tui Glen wasn’t always just an ordinary park, it was once known as Henderson’s first ever amusement park. The park was originally known as Tui Glen but the transformation to a park was special as it had swings, slides, a place to swim in the river and it was even a motor camp for travellers to come and stay. After lunch we made our way towards Henry Swans Arch where we took some photos and answered a few questions.  We then made our way to The Falls Hotel which was originally owned by Long John McLeod a co-worker of Thomas Henderson.  The Hotel provided accommodation for the workers and we were lucky enough to be able to walk through the Hotel and see the history behind the making of the Hotel.

On our way back to school we got caught up with heavy rain but luckily I managed to pack a poncho. Having reached the school after a very tiering day of learning and walking, I think it's safe to say that our day was very successful, fun and everything enjoyable. Thank you to all the parents who came along and helped us on the trip. 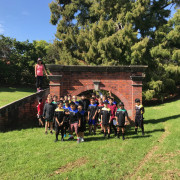 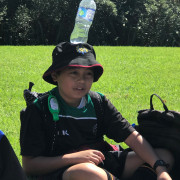 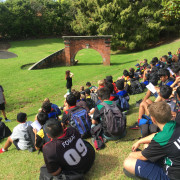 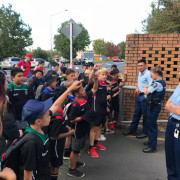 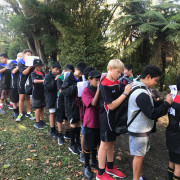 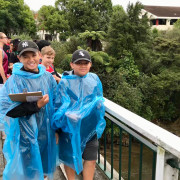 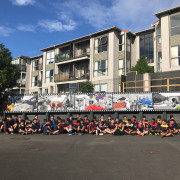